History of the Rotary Club of Dingley Village

History of the Rotary Club of Dingley Village

During the year of 1977, DGE Neal Wickerton asked three members of the Rotary Club of Springvale if they would give their time to establish a club within the growing area of Dingley Village. Bob Seary, Keith Daniels and Cliff Mansfield agreed to the task.

Through many meetings and a great deal of hard work, the three established the club on March 29th 1978.

The Charter President of the club was Harold Box. (pictured right)

He led the club admirably and was awarded a Paul Harris Fellow in 1983. 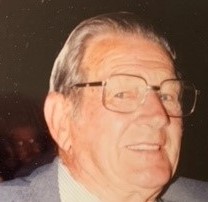 The only charter member of the club remaining is Bill Warner. Bill has come back to the club after a short absence due to his many commitments and is an active contributor to the new Rotary Club of Noble Park – Dingley.

In 1979, the club hosted the first Group Study Exchange from the UK. Over the years, the Youth Study Exchanges hosted students from Canada, Japan, South Africa.

Dingley contributed to many Community based projects and even bought a “fund raising caravan in 1983 to sell its wares like jaffles, chips and sweets at the local craft market.

The club was represented at the Rotary International World Conference in Philadelphia USA in 1988 by Ian Graham, Keith Smith and Baxter Henderson.
By 1994, the club had raised $30,000 for a special Community house called the Abbeyfield project. Additional funds for the Apprentice of the Year Awards along with other Youth Awards were a feature of the nineties.

From 2000, Dingley also commenced the Jewellery ladies which still runs today. They make and sell jewellery to Conferences and Markets and raises much needed funds for the charity work the club undertakes.

In 2003, Dingley Village ran the District Conference at Deakin University, when a member and Past President of the club, John Glenn was District Governor.

By 2010, a program designed by the club called the Great Industrial Adventure hosted young people from the country at the homes of members, had taken them on tours to various industries and businesses which would assist them on career choices.

Since 2012 until today, Dingley have supported and run the Annual ANZAC Day Memorial which is attended by over 1000 people each year. It has been expertly run by Kevan Thomas with assistance from Sue Hilton and involves the local school population for this most important Australian ceremony.

The Rotary Club of Dingley Village

What is a Paul Harris Fellow?

A PHF is a major Rotary Foundation recognition given to a person in the Rotary club or Community that has given outstanding service in helping others. Paul Harris Fellows assist in a broad range of humanitarian causes.

The recipients listed below are all Paul Harris Fellows.